There is a guarantee in life. It is not a question of whether someone will offend and hurt us, but who and the severity of the offense when it occurs. Any attack strikes at the sensitive nature of our personhood. Some attacks are more damning than others. When someone murders a loved one or sexually molests us, there is a debt owed never exonerated through human effort. Despite the evil of the assault, there is a need to forgive them or be traumatized by their actions. The unwillingness to turn loose and release those who have offended us destroys us from the inside out. The seething bitterness on the inside consumes us. Dr. Neil Anderson says, “Bitterness is like swallowing poison and hoping the other person will die.” (Don’t Let Anyone Hold You Hostage)

Forgiveness is a matter of the will to release the offender. It is a decision not to take revenge and not to live in a state of agony. The need for justice keeps us in bondage wanting the offender to get what they deserve. However, we release the offender, so their actions no longer rob us of life. Jesus models this forgiveness on the cross, “Father, forgive them for they do not know what they are doing.” (Lk. 23:34) Jesus did not let the evil actions of others destroy him but let the love of God subdue the evil. In letting go of those who offend us, we release ourselves to live in God’s peace.

In my life as a pastor, there are ample opportunities to learn the lesson of forgiveness. Dr. Robert G.Tuttle Jr., a respected professor of mine, said the definition of sin is anything that separates us from God and our fellow man. Christianity provides the grace to forgive others. A daily prescription in the Lord’s prayer is “Forgive us our trespasses as we forgive those who trespass against us.” We all need to practice forgiveness because we are all guilty. When strife divides people, there are always two sides to the story. We must take ownership of our problems, misperceptions, and relationship miscommunications. (The Sting of being Misunderstood)

The gut-wrenching details are unnecessary, but there was a falling out with the leadership of the church where I was the senior pastor. There were hurtful words spoken, character accusations made, and relationships lost. Some incidents ripped the fabric of trusting friendships. The lengthier the bonds, as in divorce, the more bitter and painful the emotional breakup is in life. After several months of innuendo and accusations, I decided to ask forgiveness from each of the primary leaders I knew was offended. Even though I had spoken my apology in a group setting, I knew I needed to do it privately. I got a towel and washbasin and hid them away in the bathroom of my study. Over a couple of weeks, I brought the water and towel out into the room and washed a half dozen of the leaders’ feet at various times as an act of humility. In (Jn. 13:1)[1], Jesus unveiled to the disciples the extent of his love when he humbled himself and washed the disciple’s feet.

I would invite them to my study and apologize for the wrong I had done to them. A few heard about it and questioned if I was sincere in my actions. Did I sincerely apologize? In the act of forgiveness, there will always be questions about proper motives.

During this time, our church consultant, who was overseeing the entire process of initiating forgiveness and reconciliation, told me, “You don’t need to do that! There is no reason for you to do it.” I said; I didn’t do it for them. I did it for me. He was worried; I was doing it out of weakness or as if I was a doormat begging to keep my job. I told him I did it so I could sleep at night. I wanted a clear conscience that I had done everything to own my wrongs and ask forgiveness for what I had done. It was their responsibility to receive it or reject it, not mine. Forgiveness is for our well-being. There was a parting of ways. However, over the years, many relationships were reconciled. Some even returned to the church. I sleep peacefully at night, for I am at peace with myself and with them.  (Healing for Your Wounded Heart)

[1] It was just before the Passover Feast. Jesus knew that the time had come for him to leave this world and go to the Father. Having loved his own who were in the world, he now showed them the full extent of his love.” 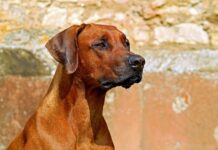 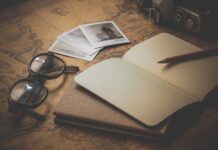 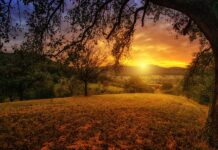