0
Inspiration: Your behavior is a direct result of those thoughts you have about yourself and others. Without healing, negative...

Being Aware of God’s Presence in your Life

0
Someone asked me, what is the most significant hindrance to being aware of God’s presence in your life? It was a simple answer….Me. Without...
Read more

It’s Time to Move On.

0
We all would like to know when we should risk moving on to a new stage of life. The words, “It’s time to move on.”...
Read more

God Became One of Us

0
For some, it is the outer edge of folly, and for others, it is the transcendent hope of our souls that God came down...
Read more

Check out the most recent updates from Mindful Christianity Today.

I grew up on a 1,100-acre ranch in Eastern Oklahoma, which taught me the importance of character and the benefits of hard work. That was a lifetime ago, but I have never lost that influence on my life. The love of sports began at an early age, culminating in playing football for Northeastern Oklahoma A&M junior college and again as a walk-on during my first year at the University of Arkansas where I would graduate in 1975. That love saw me play early-morning basketball games at the YMCA up to just a couple of years ago. I began sensing God’s call to the ministry during my college years. I pursued a Master of Divinity degree at Oral Roberts School of Theology, at the time, a fully accredited United Methodist Seminary. In 1977, I began my first pastorate at a Free Methodist Church, which was a church plant in a suburb of Tulsa, Oklahoma.
Read More

If you're new to Mindful Christianity Today, try starting out by reading some of these popular posts.

Don’t Let Anyone Hold You Hostage

0
It is time in your life to move on and no longer...
Read more
Christian Life

0
I know how you...
Read more
Contemplation

The Practice of Christian Meditation and Prayer

A Whisper in the Wilderness

0
The Holy Spirit whispers the Word of Life to us in the wasteland of our swirling thoughts and the fears which engulf our hearts....

Take a second to truly think about faith, and what your faith means to you. These articles dive into some contemplative topics for you to read and think about.

0
In my quiet time, I use a phrase that calms the thoughts...
Read more
Contemplation

Don’t Let Anyone Hold You Hostage

0
It is time in your life to move on and no longer...
Read more
Contemplation

The Practice of Christian Meditation and Prayer

0
Inspiration: Your life ahead will be full...
Read more 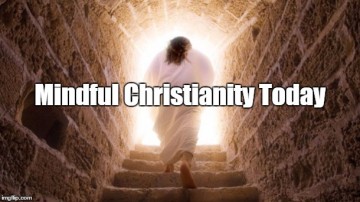