Dear Jesus, may I be still and aware that Your enduring love is always present and waiting on me.

There is a story of a younger son who ran away from home after taking his father’s inheritance and then spent all his money on foolishness. It did not take this wayward son long before he became so poor and so down and out that he had no money, nothing to eat, and no place to sleep. This rebellious son decided on one particularly cold, dark, lonely night that even his father’s hired workers were living much better than he was. So he swallowed all his pride and returned home in hopes he could beg his dad for a job working the fields as a servant. But the story takes an unexpected twist. You see, when this estranged father saw his lost son a long way off on the horizon, he did something that no important person would ever do in those times. This dad lifted his robe, kicked off his sandals, and ran down the very long driveway of their estate to embrace his disobedient son. (Letting go of the Need to be Right)

Now, it was commonly known back then that the head of a household would never ever run anywhere. In fact, it would be considered a complete humiliation because, at that time in history, only servants ran. You see, this father’s heart was so moved with joy when he saw his son was coming home that he ran as fast as he could to embrace him. Without a second thought about his own dignity, he lowered himself in the eyes of all who witnessed him run toward the very son who had taken his money and wished him dead.

This very day, My child, I want you to embrace the deep truth in your heart that this great story isn’t really about some ancient father and son; it is actually about you and Me. It is about an everlasting love that has no boundaries, keeps no score, and follows no rules. It is about My love for you. You see, it does not matter at all to Me what you have done in your life, where you have been, or even what you have said.

If you will simply turn your feet back in My direction, then just like the father in that ancient story, I will run toward you with no regard for My own dignity and embrace you with joy and grace and complete forgiveness. Just as that father did, I will throw the biggest party in your honor if you will only choose to come home to Me.

Return to Me, and I will give you peace and rest and comfort. I will give you the keys to My house again. I created you with one purpose—to live moment by moment under My care and unfailing love. I will run to rescue you as if you were a lamb that had wandered off the path countless times. Never let the lies of the enemy and the noise of this world keep you from returning to Me. You are My child. My arms are always open, ready to hold you and never let you go.

Consider the many truths about God’s love for you found in the story of the Prodigal Son. In those days, for a son to take his father’s inheritance and leave the house was the equivalent of wishing the father’s death! In that culture, the father was like a king in his home. Still, when the father in Jesus’ parable saw his lost son, he ran to meet him! Today, think about the ways you have behaved like a prodigal child. What things have you done that keep you from feeling as if you can spend time in the presence of Christ? List them on a piece of paper. The truth is there is nothing more important to the heavenly Father than embracing you and welcoming you home. There is nothing you can do that will separate you from the love of Christ. Now tear up that list of wrongdoings because your heavenly Father has forgotten it and is too busy running toward you right now!

DAILY PRAYER
Lord Jesus, I admit I can become distracted and wander away, leaving Your protection. Please help me recognize when that happens. Open my eyes to see how much You have sacrificed for me and how much more You want to give. Amen.

TODAY’S BLESSING
May you thank Jesus for never giving up in His relentless pursuit of you, all the way to the cross. There is no place you can disappear—He will always find you. May you surrender to Him anything that is preventing you from returning home. May you experience His reckless and gracious love in every area of your life today. 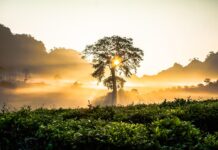 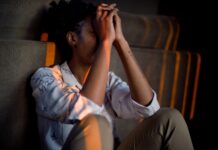 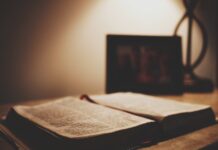 0
Inspiration: Your life ahead will be full...
Read more