My closest friends were arguing who is the greatest in the kingdom of Heaven. John and James even dared to ask if they would be able to sit on my right or left hand when I entered my kingdom. This discussion occurred more than once, and one day there was a gathering of children, and I had a child sit with me. I shared with them anyone who welcomes a child and humbles themselves like a little child welcomes me and becomes the greatest in the kingdom of God.

My disciples lived with me for three years but still were without a clue to the nature of my kingdom. It is no different today because no matter how much I teach or emphasize loving and serving others, my followers don’t comprehend it. There are times they recognized me like Peter when I asked him who do you say that I am, and he said you are the Christ, the son of the living God. However, much of the time, unless they are in trouble, they take their eyes off me and focus their eyes on themselves.

Instead of centering their heart and lives on me, they seek for others to admire and idolize them. They strive to impress people about what they have done or accomplished. They are like John and James and want to believe they are more deserving than anyone else for an elevated position in my kingdom. (A God-Centered instead of a Self-Centered dialogue with God)

I told another story of an earthly king that rules over his kingdom and makes those in his country serve him at his table. The greatest in my kingdom, however, are the ones who help and serve those seated at the table. I taught the one that is least among you is the greatest one among you. If you want to be great in my domain, you must be a servant of all. I did not come for others to serve me but to give my life as a ransom for many.

Let’s be honest nobody wants to follow me to the cross and give up control over there life. My kingdom is an upside-down kingdom where you become powerless to discover real power. The cross is a symbol of brokenness, not strength. The reality of the cross without the hope of the resurrection represents a horrible defeat, not victory. (WE ARE ALL BROKEN, AND THAT’S ALRIGHT)

However, when you identify with the least of these who can never offer you anything in return, you identify with me. Learn to humble yourself and to serve others, and you will be among the greatest in my kingdom.

Simon Peter answered, “You are the Christ, the Son of the living God.” Matthew 16:16 BSB

For even the Son of Man did not come to be served, but to serve, and to give His life as a ransom for many. Mark 10:45 BSB
Image via Pixabay 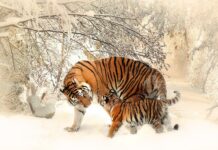 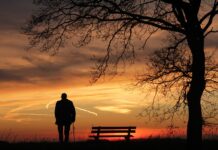 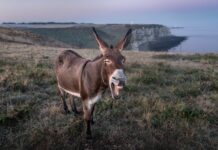 0
I will be your defender but learn to let your...
Read more
Christian Life

0
I enter the sacred space of silence time and again...
Read more